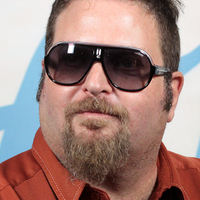 Biography
Craig "Xray" Halperin is a visual effects designer whose career spans feature film, advertising, location-based entertainment, video games and interactive media. Xray is currently a Senior Technical Artist at Insomniac Games. He served as the Chair of Los Angeles ACM SIGGRAPH in 2007 and 2008. He organized a course on crowd animation for SIGGRAPH Asia in Yokohama Japan in 2009. He's been an invited lecturer at schools and conferences from Shanghai to Mumbai. In 2010 he was the keynote speaker for the Xi'an Animation Conference in China.
Presentations
Technical Briefs
Spider-Man IG-Impostors: Cityscapes and Beyond