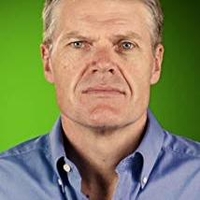 Biography
Mike Seymour is a researcher at Sydney University in Digital Humans and co-founder of fxguide.com. His research is covers both the entertainment industry and exploring using interactive photoreal faces in new forms of Human Computer Interfaces (CHI). His research is looking at deploying realistic digital humans and embodied conversational agents. His work is focused on real time digital humans, and direct interaction in the form of Actors, Agents and Avatars. Mike aims to help take technology from the traditional cutting edge entertainment industry and apply it in new exciting areas such as virtual production. Mike has previously worked in film and TV R&D and in production, winning an AFI and being nominated for an Emmy Award. He has worked as a compositor, vfx supervisor and second unit director. He is perhaps best known for his work as a writer, consultant and educator with the web sites fxguide and fxphd. These web site now have huge followings, as they provide an important link between the film and vfx community and the researchers and innovators who constantly push the limits of technology.
Presentations
Featured Sessions
Key Events
Beyond the Uncanny Valley: Creating Realistic Virtual Humans in the 21st Century