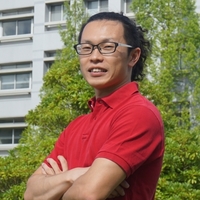 Biography
Tsuyoshi Takatani is currently a doctoral student at Nara Institute of Science and Technology (NAIST), Japan, and also a research fellow of the Japan Society for the Promotion of Science. He was a research engineer at Toshiba R&D Center, Japan, from 2013 to 2016 and a research intern at Microsoft Research Asia, China, in 2011. He received his B.E. and M.S. from Osaka University in 2011 and 2013, respectively. His research interests include computational imaging and fabrication, computer vision, and computer graphics. He is a member of OSA and ACM.
Presentations
Technical Briefs
Reconstruction of Volumetric Reflectance using Spatio-Sequential Frequency Correlation Imaging