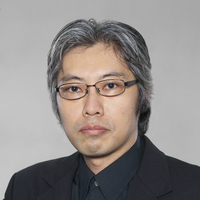 Biography
Taro Narahara is an Associate Professor at New Jersey Institute of Technology, where he conducts interdisciplinary research including the application of game design to rehabilitation robotics funded by NSF. He has published in journals and conferences such as Computers & Graphics, Eurographics, and SIGGRAPH. He holds a Doctor of Design degree from Harvard University and an M.S. in Architecture Studies from MIT and won the Peter Rice Prize from Harvard. He is a licensed architect and was associated with Skidmore, Owings & Merrill and Gluckman Mayner Architects where he worked on award-winning projects such as the Mori Arts Center.
Presentations
Technical Briefs
Personalizing Homemade Bots with Plug & Play AI for STEAM Education