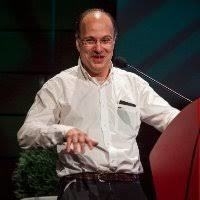 Biography
Bruno Levy is a senior researcher with Inria, and the head of the ALICE group
(geometry processing and computer fabrication) that he created in 2004 (now 8 faculties).
He received the Inria/French Academy of Sciences young researcher award in 2011.
He is associate editor for ACM TOG and Graphical Models, and he is a member of
the steering committee of SMA/SPM. He was paper co-chair of Eurographics 2014, Pacific Graphic 2013, SGP 2010, SPM 2008 and 2007.
His main research topic is geometry processing. In the past, he focused on mesh parameterization, texture mapping and conversion between representations (e.g. mesh to Splines). More recently,
in the frame of his ERC projects GOODSHAPE and VORPALINE, he worked on sampling (vector quantization) and meshing (isotropic, anisotropic, hex-dominant mesh generation).
His latest research concerns efficient numerical algorithms for solving partial differential
equations (such as Monge-Ampere involved in optimal transport) and practical geometric
algorithms (robust predicates, anisotropic Voronoi diagrams in high dimensions and hexahedral meshing).
Presentations
Technical Paper
Meshless Voronoi on the GPU