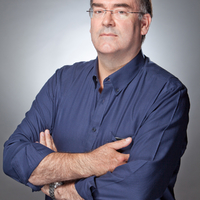 Matt has a Bachelor of Science in Mathematics from Victoria University of Wellington and a Master of Science in Computer Graphics from Middlesex University, London. He has had technical papers published by Eurographics and Graphite and has given presentations on Weta Digital’s work at many conferences and festivals including SIGGRAPH, FMX, the Australian Effects and Animation Festival, Imagina, the London Effects and Animation Festival, and AnimfxNZ. Matt is an active member of the Academy of Motion Picture Arts and Sciences®, the British Academy of Film and Television Arts, and the Visual Effects Society."
Presentations
Exhibitor Talks
FOUNDRY Session ～Weta Digital における映画制作現場の舞台裏～