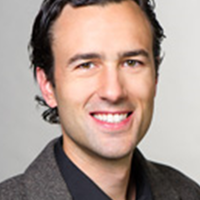 Biography
Nils Thuerey is an Associate-Professor at the Technical University of Munich (TUM). He works in the field of computer graphics, with a particular emphasis on physics simulations and deep learning algorithms. After studying computer science, Nils Thuerey acquired a PhD on liquid simulations in 2006 (both at the University of Erlangen-Nuremberg). Until 2010 he held a position as a post-doctoral researcher at ETH Zurich. He received a tech-Oscar from the AMPAS in 2013 for his research on controllable smoke effects. Subsequently, he worked for three years as R&D lead at ScanlineVFX, before he started at TUM in October 2013.
Presentations
Course
CreativeAI: Deep Learning for Computer Graphics