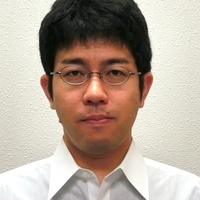 Biography
Masaki Yasugi is a postdoctoral researcher in the laboratory of the optical engineering at Utsunomiya University, Japan. He received his Doctor of Science from Kyoto University in 2012. His research interests are in the areas of ecology, behavior and cognition in fish. His work started with the study of predator-prey interaction using field sampling and behavioral experiment in the laboratory. And now he tries to understand the role of appearance and motion in fish cognition and interaction within and between species, by using 3D virtual fish and immersive digital devices.
Presentations
Poster
A Device for Reconstructing Light Field Data as 3D Aerial Image by Retro-reflection (Topic: Virtual Reality)