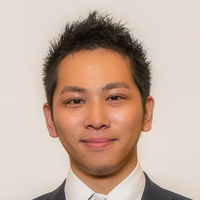 Biography
Born in Kagoshima, Japan, Kohei Hidaka grew up developing interests in FPS games and video editing. By the time he started his career at NHK in 2012, Kohei was already familiar with video production with AfterEffects and SonyVegasPro, which he had been using since he was 16. During the several years at the Oita Broadcasting Station, he acquired a broad range of expertise from system operations for real-time weather and traffic data and graphics processing for news shows to video engineering, camera operations, data broadcast production and PR services. In 2016, Kohei joined the Development and CG group in the Broadcast Engineering Department in Tokyo. He worked on the visual effects of the 4K drama series, Guardian of the Spirit, and the monster fantasy, Koujin. His most recent project was CG and VFX production as VFX supervisor for the 8K science documentary series, Amazing Dinoworld. He and his team won several awards including MPTE Awards in Video Production category and VFX-Japan Awards in Leading Visual Effects category for the live multi-media performance of Kohaku Uta Gassen. Kohei uses Maya, Houdini, Nuke, Brainstorm, PFTrack, Python, C# among others.
Presentations
Featured Sessions
Key Events
Beyond Human Vision: The Future of 4K and 8K