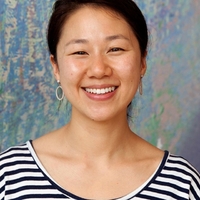 Biography
Rona Liu began at Pixar Animation Studios in June 2011 as a sketch and shading artist in the Art department, where she was responsible for designing the colors and textures that go on characters, environments and props in a film. Most recently, Liu stepped up to act as Production Designer on Pixar’s newest short film, "Bao." After graduating from Los Gatos High School, Liu pursued her passions at the Art Center College of Design and first got a job in Disney Consumer Products as a character art intern before joining Pixar.
Presentations
Computer Animation Festival - Panel & Production Talks
The Making of Pixar's Bao: a Production Panel