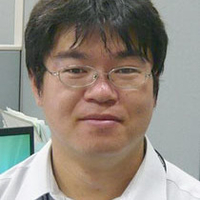 Biography
He received the B.E., M.E and Ph.D. degrees from the Tokyo Institute of Technology, Tokyo, in 1999, 2002, respectively. In 2002, he joined NTT Laboratories, where his research areas included color science, three-dimensional image processing, and computer vision. His specialty is color measurement and multiband image processing.From 2006 to 2008, he worked at NTT DATA as a project manager and a senior researcher in a contract research project initiated by NICT. He also worked on the commercialization of the research achievements. Since 2009, he has been a guest researcher at Ritsumeikan University, Kyoto.
Presentations
Poster
Color Enhancement Factors to Control Spectral Power Distribution of Illumination (Topic: Computer Vision and Image Understanding)