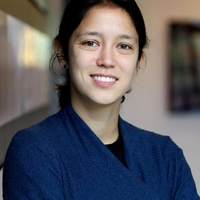 Biography
Mara MacMahon joined Pixar Animation Studios in 2016 as a character modeling and
articulation TD for “Cars 3.” She most recently worked on Disney•Pixar's theatrical short "Bao,” and the upcoming feature from the Academy Award®-winning Toy Story series, “Toy Story 4.” MacMahon worked at DreamWorks Animation and Sony Imageworks, as well as in the videogame industry at Toys for Bob and Tiny Co. Her prior work includes the films "Cloudy with a Chance of Meatballs 2" and "Trolls” and videogames "Skylanders" and "Avengers Academy." Mara has a dual degree in Biology and Illustration from Washington University in St. Louis.
Presentations
Computer Animation Festival - Panel & Production Talks
The Making of Pixar's Bao: a Production Panel