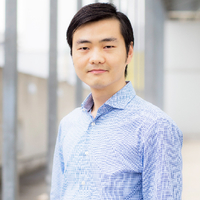 Biography
Hao Qiu received the Ph.D. degree in electrical engineering from The University of Tokyo in 2016. After graduation, he has been a project researcher in The University of Tokyo. His research interest covers from materials, devices, to circuits. His present emphasis is circuit design for wireless power transfer and wireless communication systems for IoT applications. He served as the research fellow in Japan Society for the Promotion of Science (JSPS) from 2015 to 2017 and the representative in Japan Society of Applied Physics (JSAP) from 2016 and 2018. He was the recipient of 2016 IEEE EDS Japan Chapter Student Award.
Presentations
Emerging Technologies
Luciola: A Light-Emitting Particle Moving in Mid-Air Based On Ultrasonic Levitation and Wireless Powering