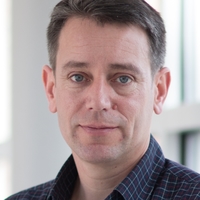 Biography
Matthias Zwicker has joined the University of Maryland in 2017 as the Reginald Allan Hahne Endowed E-Nnovate Professor in Computer Science. He obtained his PhD from ETH in Zurich, Switzerland, in 2003. From 2003-2006 he was a post-doctoral associate at MIT, and then an Assistant Professor at the University of California in San Diego from 2006-2008. From 2008-2017, he was a professor in Computer Science at the University of Bern, Switzerland, and the head of the Computer Graphics Group. His research focus is on efficient high-quality rendering, signal processing techniques for computer graphics, data-driven modeling and animation, and point-based methods.
Presentations
Course
Light Transport Simulation in the Gradient Domain