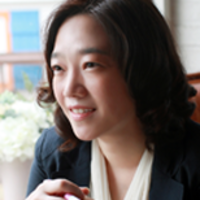 Biography
Soo-Mi Choi is a Professor of Computer Engineering at Sejong University, Korea and the Director of Mobile Virtual Reality Research Center. She joined the faculty of Computer Engineering at Sejong University in 2002. She received her B.S., M.S. and Ph.D. degrees in Computer Science from Ewha University of Korea in 1993, 1995 and 2001, respectively. She was a visiting researcher of the Fraunhofer IGD in Germany in 1998 and a visiting professor at the CG Lab of ETH Zurich in Switzerland from 2008 to 2009. Her current research interests include computer graphics, virtual reality, and human-computer interaction.
Presentations
Poster
First-Person-View Drone Flying in Mixed Reality (Topic: Human-Computer Interaction)