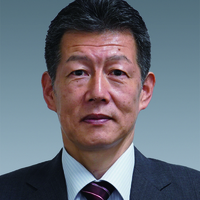 Biography
Kohji Mitani joined NHK in 1987. He has contributed to develop 8K-SHV, for a future television system since 1995 at STRL (Science & Technology Research Laboratories). Especially he was involved in the development of 8K camera systems as a person in charge. He moved to the headquarters of NHK in 2010 and has belonged to Engineering Administration Department for the development of the practical 8K production and broadcasting system. In 2016, he moved back to STRL as a deputy director. In 2018, he was appointed to the current position. He received the Ph.D. degree in 1999, from Kyoto University and the David Sarnoff Medal from SMPTE in 2010. He is the vice president of the Institute of Television Engineers for 2017-2018 term. SMPTE Fellow and a member of IEEE.
Presentations
Featured Sessions
Key Events
Beyond Human Vision: The Future of 4K and 8K