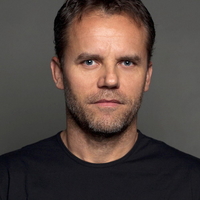 Biography
After getting a degree as Software Developer Mathematician, he worked as a programmer
for a few years in Hungary. In 1996, Alex has joined Digital Domain in the USA as a digital
artist and contributed to several Hollywood blockbusters, including Titanic. Between
1998-2000 he was part of Square Pictures working on Final Fantasy: The Spirits Within, the
groundbreaking CG movie. From 2000-2002, Alex was overseeing movie productions as
VFX producer, including Terminator 3: Rise of the Machines.
In 2002 Alex founded DIGIC Pictures and since produced more than 100
trailers/shorts/in-game cinematics and sequences for CG movies.
Presentations
Computer Animation Festival
Assassin's Creed Origins Cinematic Trailer