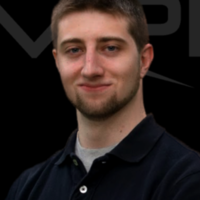 Biography
Galen has served in critical leadership roles in organizations such as the Civil Air Patrol and the UMD VR Club, and has been working in research for VR simulation sickness and data visualization for over 2 years. After trying VR for the first time, Galen had two thoughts: The tech was truly the next step to immersive gaming entertainment, but the content for it was lacking severely in quality and depth. After experimenting with VR game development at hackathons in 2015. .
Presentations
Poster
Ring Graphs in Virtual Reality: Exploring a New and Novel Method for Node Placement and Link Visibility in VR-Based Graph Analysis (Topic: Information Visualization and Scientific Visualization)