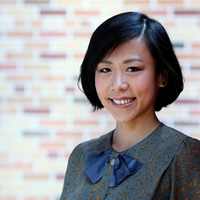 Biography
Domee Shi began as a story intern at Pixar Animation Studios in 2011, and was soon hired as a story artist on the Academy Award©-winning film “Inside Out.” She has then worked on feature films “The Good Dinosaur,” “Incredibles 2” and the upcoming “Toy Story 4.” In 2015 she began pitching ideas for short films, and soon wrote and directed “Bao,” A whimsical story loosely based on her experiences growing up as an only child, in the Chinese community in Toronto, Canada, “Bao.” Domee graduated from the animation program at Sheridan College where her love of storytelling and animation blossomed.
Presentations
Computer Animation Festival - Panel & Production Talks
The Making of Pixar's Bao: a Production Panel