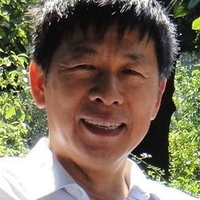 Biography
Bao-Gang Hu received his M.Sc. degree from University of Science and Technology, Beijing, China, in 1983, and his Ph.D. degree from MsMaster University, Canada, in 1993, all in mechanical engineering. From 1994 to 1997, he was a research engineer and senior research at CCORE, Memorial University of Newfoundland, Canada. Currently, he is a professor with National Laboratory of Pattern Recognition (NLPR), Institute of Automation, Chinese Academy of Sciences, Beijing, China. From 2000 to 2005, he was the Chinese director of LIAMA. His research interests include pattern recognition and plant growth modeling. He is a senior member of the IEEE.
Presentations
Technical Briefs
Gourmet Photography Dataset for Aesthetic Assessment of Food Images