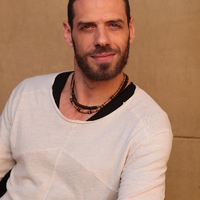 Biography
Born and raised near Lyon, France, Pierre Perifel is a director, animator, storyboard artist and character designer. After falling in love with animation in his late teens, he graduated from Gobelins l’Ecole de l’Image a few years later. He sharpened his teeth as a traditional animator on movies such as 'Curious George', 'Nocturna' and 'The Illusionist' before discovering CG animation when he arrived in California. He joined DreamWorks in 2008 as an animator and worked as a supervising animator, head of character animation and story artist on several films including the 'Kung Fu Panda' trilogy and 'Rise of the Guardians'.
Presentations
Computer Animation Festival
Bilby