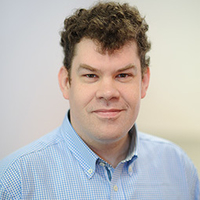 Biography
Jens Krüger studied computer science at the RWTH Aachen where he received his diploma in 2002. In 2006 he finished his Ph.D. at the TU Munich and after Post-Doc positions in Munich and at the Scientific Computing and Imaging Institute he became a research assistant Professor at the University of Utah. In 2009 he joined the Cluster of Excellence Multimodal Computing and Interaction at Saarland University to head the Interactive Visualization and Data Analysis group. Since 2013, Jens Krüger is Chair of the High-Performance Computing group at the University of Duisburg-Essen.
Presentations
Technical Briefs
Automatic route planning for GPS art generation