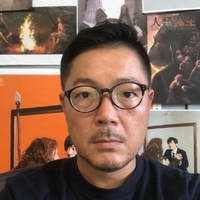 Biography
He has been involved primarily in the production of documentary programs at NHK for over 20 years and has produced a number of programs including “Professional Shigoto no Ryugi (The Professionals)” which focuses on first-class professionals from various field and “Close-up Gendai.” He has been awarded the Japan Media Arts Festival Excellence Award for his work as a director for “Human Document : One Shot Strike.”
In recent years, he has produced ”NHK Special: Mysterious Ancient Pyramids” focusing on ancient civilizations and “NHK Special Out of the Cradle” in which the evolution of mankind is depicted in high-definition CG.
Presentations
Computer Animation Festival - Panel & Production Talks
Making of "Out of the Cradle"