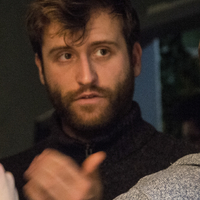 Biography
DIEGO HAUENSTEIN (born 1989) currently studies fiction film directing at the Filmakademie Baden-Württemberg. Prior, he graduated with a Bachelor in film studies from the Zürcher Hochschule der Künste. His first film he made at 16 years old - he has made over a dozen since. Some of them have been screened at festivals around the world, such as the Solothurner
Filmtage, the Chicago Feminist Filmfestival and the Shnit Worldwide Shortfilmfestival. When he is not directing, Diego works as an assistant director for feature films and commercials as well as writing and editing scripts.
Presentations
Computer Animation Festival
Booxze