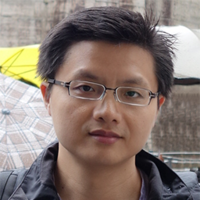 Biography
Hung-Kuo received his B.S. degree in Computer Science and Information Engineering in 2003 from National Cheng-Kung University, Taiwan. He continued to pursue a Ph.D. degree in 2004 and completed the degree in 2010. During his Ph.D. course, Hung-Kuo visited Hong Kong University Of Science And Technology in 2007 and the Chinese University Of Hong Kong in 2009 under the guidance of Chiew-Lan Tai and Tien-Tsin Wong, respectively. Hung-Kuo also visited Indian Institute Of Technology in 2008 and King Abdullah University Of Science And Technology in 2009 for two cooperative research projects both under the supervision of Niloy J. Mitra.
Presentations
Poster
PanoAnnotator: A Semi-Automatic Tool for Indoor Panorama Layout Annotation