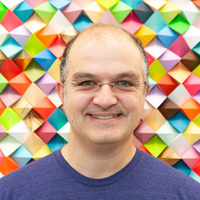 Biography
Houman's background and passion is in real-time computer graphics. His career focus has been on computer graphics in games, VR, and AR. He's currently a software engineer at Facebook, working on Instagram's camera team, developing technologies and effects in AR. Previously, Houman was at Google, working on Daydream VR. Prior to that, he worked at multiple game studios, including subsidiaries of Warner Bros, Activision, THQ and 3DO, as well as a few startups. Houman holds a bachelor's degree in Electrical Engineering and Computer Science from UC Berkeley. Recently, he received an Emmy Award for Outstanding Innovation in Interactive Programming.
Presentations
Poster
Realistic AR Makeup over Diverse Skin Tones on Mobile