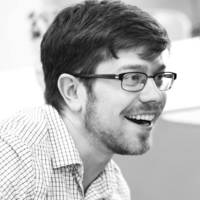 Biography
AJ Christensen is a visualization programmer in the Advanced Visualization Lab (AVL) at the National Center for Supercomputing Applications (NCSA). He is a hybrid programmer and visual designer with a background in computer science, animation, and science communication. As part of the AVL, he focuses on scene design of the team’s cinematic visualizations of supercomputer data using Hollywood visual effects tools. He develops computer graphics algorithms and shaders to highlight important features in scientific datasets, to optimize design speed and workflow, and to refine organic immersive environments. He has contributed to many IMAX films, digital fulldome shows, and television documentaries.
Presentations
Poster
Scientific and Visual Effects Software Integration for the Visualization of a Chromatophore