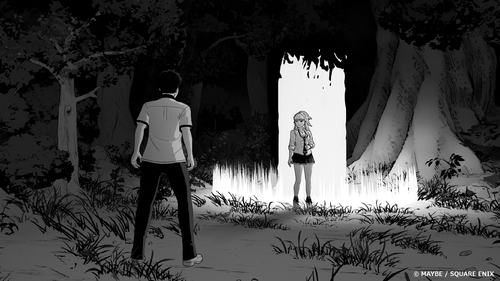 LocationHall E, VR Theater (B2F, E Block)
DescriptionThis project was created to answer the question "what if you can step inside your favorite manga story?" and with the aim to achieve a narrative experience that is uniquely Japanese, using a visual grammar that is only possible for VR.

Unlike most of other VR narratives that heavily relies on the use of full 360 degrees of view, where dynamic camera work and change of viewpoint can cause sickness in the user, we developed a rendering technology called "Live Window" to allow concurrent view of multiple angles of one or more 3D scenes simultaneously, with the ability to dynamically animate and bring the user into full 360 view at will. By using a combination of "Live Window" driven animation sequences, an unparalleled level of immersive and engaging story telling can be achieved, as demonstrated in this VR film.