LocationG502 (5F, Glass Building)
DescriptionFrom a clifftop mansion to the gritty streets of New Urbem, the environments of Incredibles 2 spanned multiple cities and many forms of transportation. Pixar’s Sets department was tasked with not only upgrading locations from the first film, but also creating multiple new dynamic urban environments, all while keeping the feel of the original. A procedural city system was built in City Engine, Houdini and Presto (Pixar’s core pipeline software) that allowed for production models to be ingested and distributed in a neighborhood-based pattern and then output to a render-efficient point-instancer format. All of these buildings, vehicles and props, required a more efficient way of shading. Using Flow, Pixar’s gpu-based path tracing shading tool, artists created USD-based libraries of physically plausible materials which could be assigned and re-used at modeling time. This allowed artists to quickly build cities at massive scales, with few colors tweaks in sequences and almost no paint work. Coordination with the Lighting department allowed models to come into Katana with light attach points and a structure that allows for script-based lighting setup. These techniques and many others allowed the Sets team to construct the huge world of Incredibles 2 in a short time frame.
Contributors 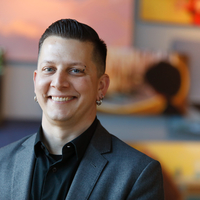 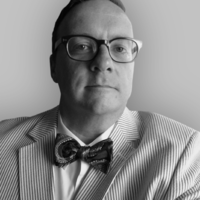