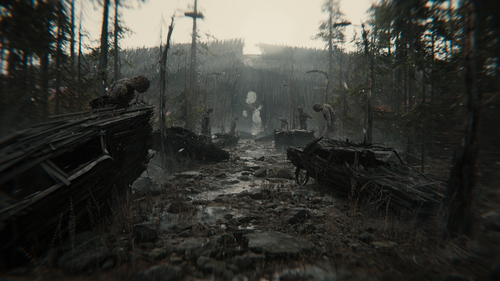 LocationHall C (4F, C Block)
DescriptionYear 2122. After many years of failed attempts, medical science is finally able to bring back to life a cryonised patient. The researcher who performed the procedure does not understand what made this particular attempt successful. We follow the patient’s recollection of her first experiences in the Afterlife, as she is sharing them with the researcher. The first area of the Afterlife looks like a forest. It is a transitional place before the place of actual death.

Unity’s Demo Team, creators of the acclaimed short film Adam (Winner, Webby Award 2016; Official Selection, Annecy, Nashville Film Festival, Short Shorts Film Festival Asia) are presenting Book of the Dead, a boldly innovative production at the cross-section of film and interactive experience.
The third realtime-cinematic project by director Veselin Efremov and producer Silvia Rasheva, Book of the Dead explores and expands the process of realtime filmmaking. It has won the Webby People’s Choice Award 2018 and is part of the official selection of SIGGRAPH Computer Animation Festival 2018.

This is a project with an immersive narrative created with the groundbreaking technique of realtime filmmaking. The storytelling is interactive, letting the audience take control over the progression of the story, but at the same time it is maintaining the aesthetics and high standards we are used to in conventional filmmaking. It is not only breaking ground for a more time- and cost-efficient film production, but more importantly contributes to the evolution of the filmic experience. Filmmakers are now starting to tell their stories in a completely new way - empowering the spectators with a “free will”, letting their choices effect storytelling and thereby opening a pandoras box that is full of uncharted and unexplored cinematic tools that will eventually redefine form and content of what we today call film.
Contributor 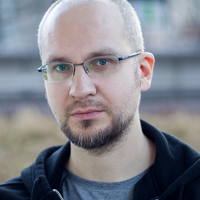